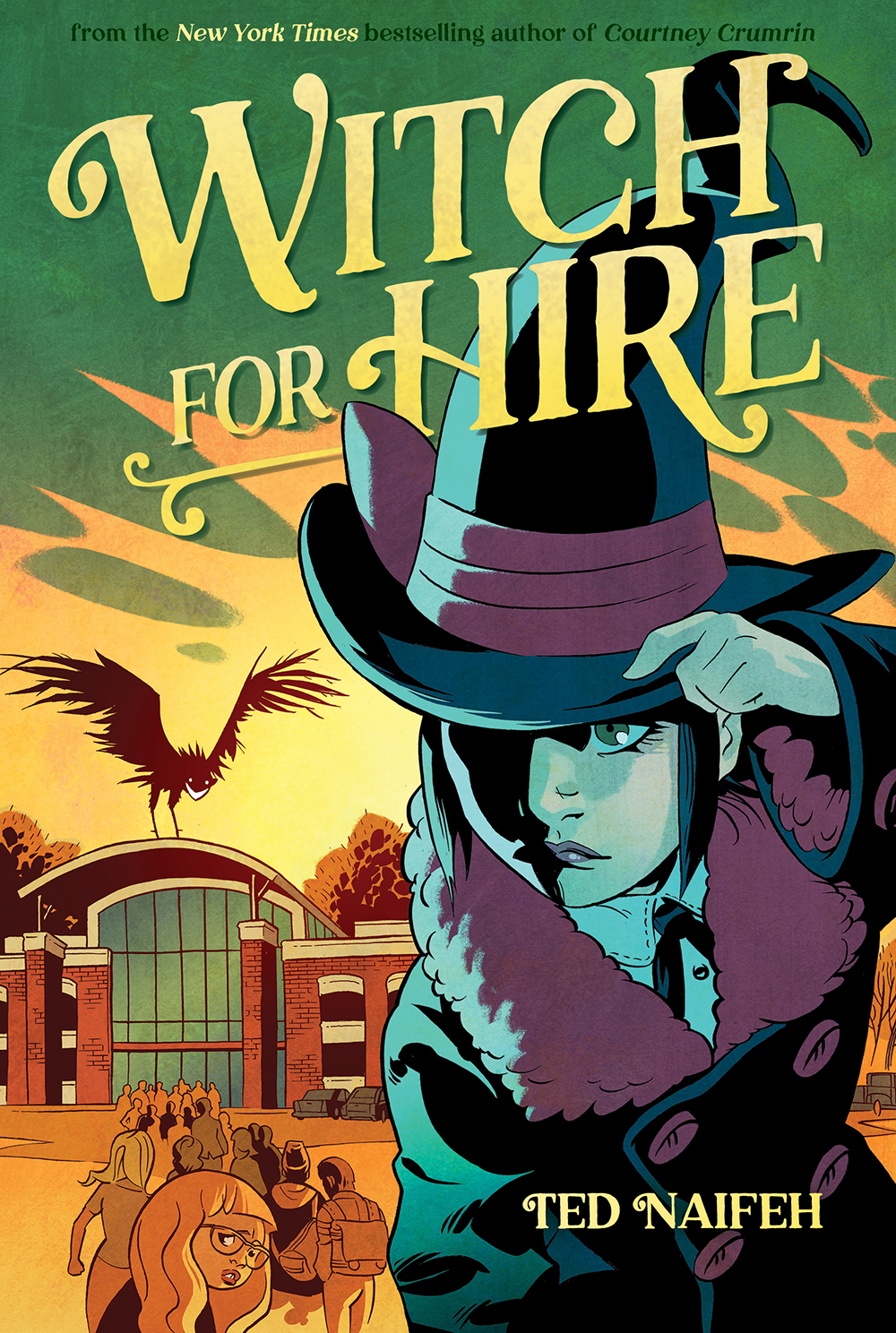 I’ve kept this under my hat all year, but now I can announce my new graphic novel, Witch for Hire, from Abrams Books.

Witch for Hire follows Faye Faulkner, a high school student who proudly declares her outsider status by dressing as a Halloween witch. When new student Cody finds herself the victim of mysterious internet influencer, she has no one else to turn to. “Shy Shelbi” demands that Cody perform cruel, dangerous pranks against other students. And When Cody doesn’t follow through, it’s not her who becomes the target, but the people she cares about most. It seems the influencer’s unseen hand is everywhere, getting into people’s heads, spreading cruelty and harm across the school.

Lucky for Cody, she soon learns that Faye’s unusual style is no costume. Faye is a real witch, more than capable of protecting herself from pranks, bullies, whatever the school throws at her. Cody begs her for help, but after so long as an outsider, Faye isn’t sure she wants to get involved in other people’s problems. Will she help Cody, or leave her to the mercy of the mysterious Shy Shelbi?

Want to find out? Order Witch for Hire from Abrams, or ask for it wherever books and comics are sold.